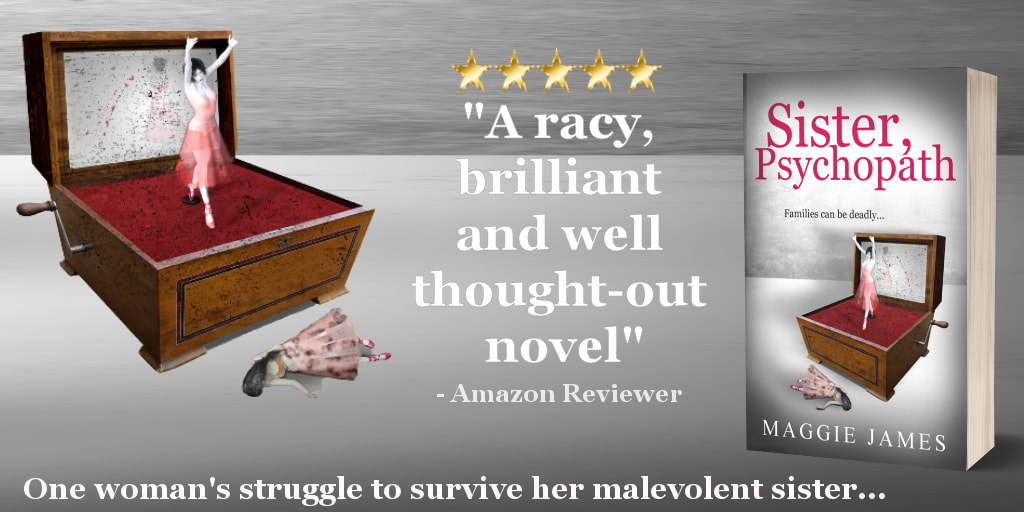 A study of sibling rivalry and dysfunctional relationships, Sister, Psychopath tells the story of one woman’s struggle to survive the damage inflicted by her own family. 'A racy, brilliant and well thought-out novel,' says one Amazon reviewer. Here's a taster:

When they were children, Megan adored her younger sister. Now she suspects Chloe is a psychopath, who may be guilty of murder. Megan has no proof, however.

After their mentally ill mother becomes increasingly unstable through Chloe’s manipulations, events take an ugly twist. Chloe is out of control, and there’s little anyone can do about it. Until her actions threaten the life of Toby, the man Megan adores but from whom she’s hiding a tragic secret.

Threatened with losing everyone she loves, can Megan stop Chloe before she kills again?

Available from Amazon in Kindle, paperback and audio formats. Read for free if you're a member of Kindle Unlimited!

Get your copy here
Available from Amazon in Kindle, paperback and audio formats. The link takes you to the Amazon store for your country.
Back to top of page