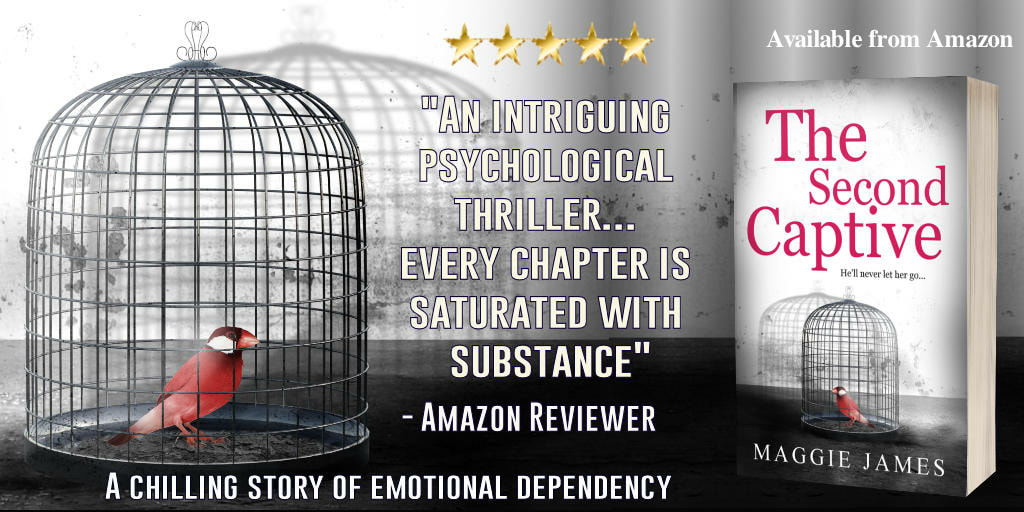 'An intriguing psychological thriller... every chapter is saturated with substance,' says one Amazon reviewer. A study of emotional dependency, The Second Captive examines how love can assume strange guises. Here's a taster:

Beth Sutton is eighteen years old when Dominic Perdue kidnaps her. Held prisoner in a basement, she’s dependent upon him for food, clothes, and her very existence. Beth never allows herself to forget that her abductor killed his last captive. She has evidence to prove it, as well as Dominic’s own admission of murder.
Then Beth escapes…

And discovers Dominic Perdue is not a man who lets go easily. Meanwhile, despite being reunited with her family, she spirals into self-destruction. Release from her prison isn’t enough, it seems. Can Beth free her mind from Dominic’s grasp before he recaptures her?

Because if he does, he’ll kill her…

Available from Amazon in Kindle, paperback and audio formats

Get your copy here
Available from Amazon in Kindle, paperback and audio formats. The link takes you to the Amazon store for your country.
Back to top of page